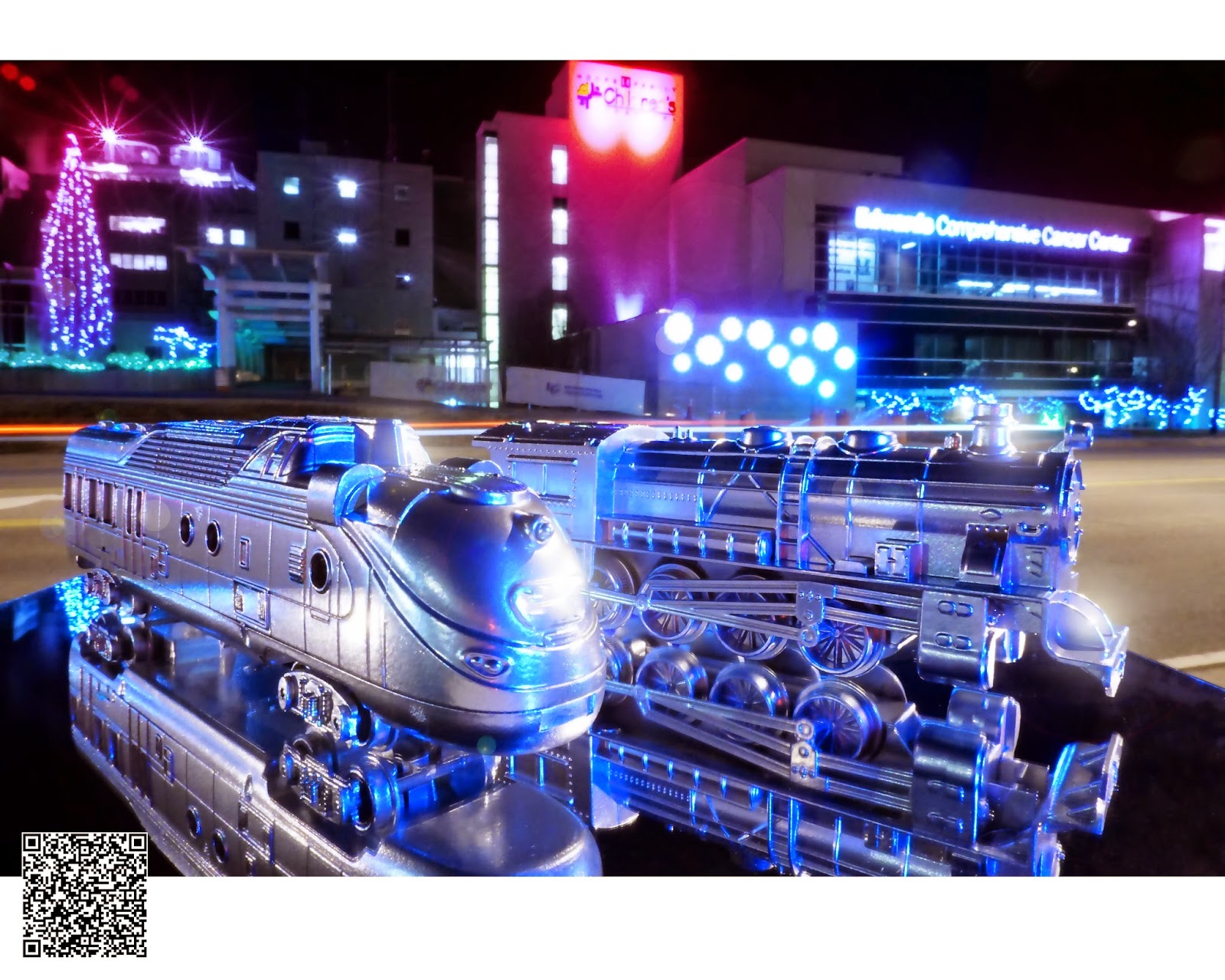 A 6' fiberglass train engine model (in either style, or both...?) will be professionally chromed with quality mirror finish chrome, creating a highly reflective gorgeous gem that will shine in the heart of its home city Huntington, West Virginia.

"Concept: Chrome" is about more than an object, a surface treatment, or spectacle... it is about the heart and soul of a city; its people. More importantly, it is all about enabling people to capture their city, and their vital role in it, in context. Every single photograph of this piece will capture not only the piece itself, but also the reflection of the sky, surrounding buildings and monuments, people, even the photo-taker his or her self! It is the kind of artwork that is conscious of those around it, that gives back more than it takes, that shares the stage; it will welcome all to be a part of the magic to which public art aspires, and is all too often found wanting. 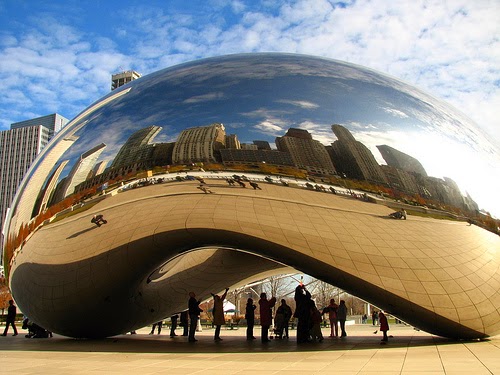 Inspired by Anish Kapoor's "Cloud Gate" at Chicago's Millenium Park, the concept has been in practice daily since 2006, and the sculpture has since become nationally and internationally renown. Why? It certainly is a phenomenon, it is strange and beautiful, it is many things... but in practice, each and every boy and girl, every man and woman who "looks at" the sculpture, sees his or her self; in the city, of the city, they are part of the slipstream. Their gaze and presence breathes life into this static object and animates it, and it in turn animates them, they reveal unknowns to one-another. Each needs the other, such a sculpture speaks to relationships, and our human longing for connection; it is poignant how with such a simple concept, our innermost desires can be laid bare. In this way, we are connected to one-another, and therefore to our city, for it is no more, or less, than us. This is the kind of art that reminds us of that very fact; "Concept: Chrome." 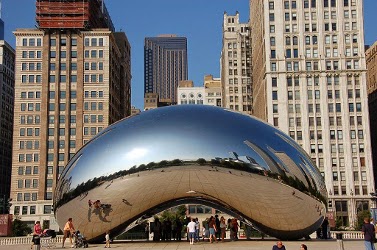 Cloud Gate Photo Attribution
"Cloud Gate (The Bean) from east'" by Of photograph: flickr user biskuit; of sculpture: Anish Kapoor - cropped from http://www.flickr.com/photos/kaplanbr/1538113210/. Licensed under Fair use via Wikipedia - http://en.wikipedia.org/wiki/File:Cloud_Gate_(The_Bean)_from_east%27.jpg#mediaviewer/File:Cloud_Gate_(The_Bean)_from_east%27.jpg
Posted by J. Deacon Stone at 12/31/2014 No comments: 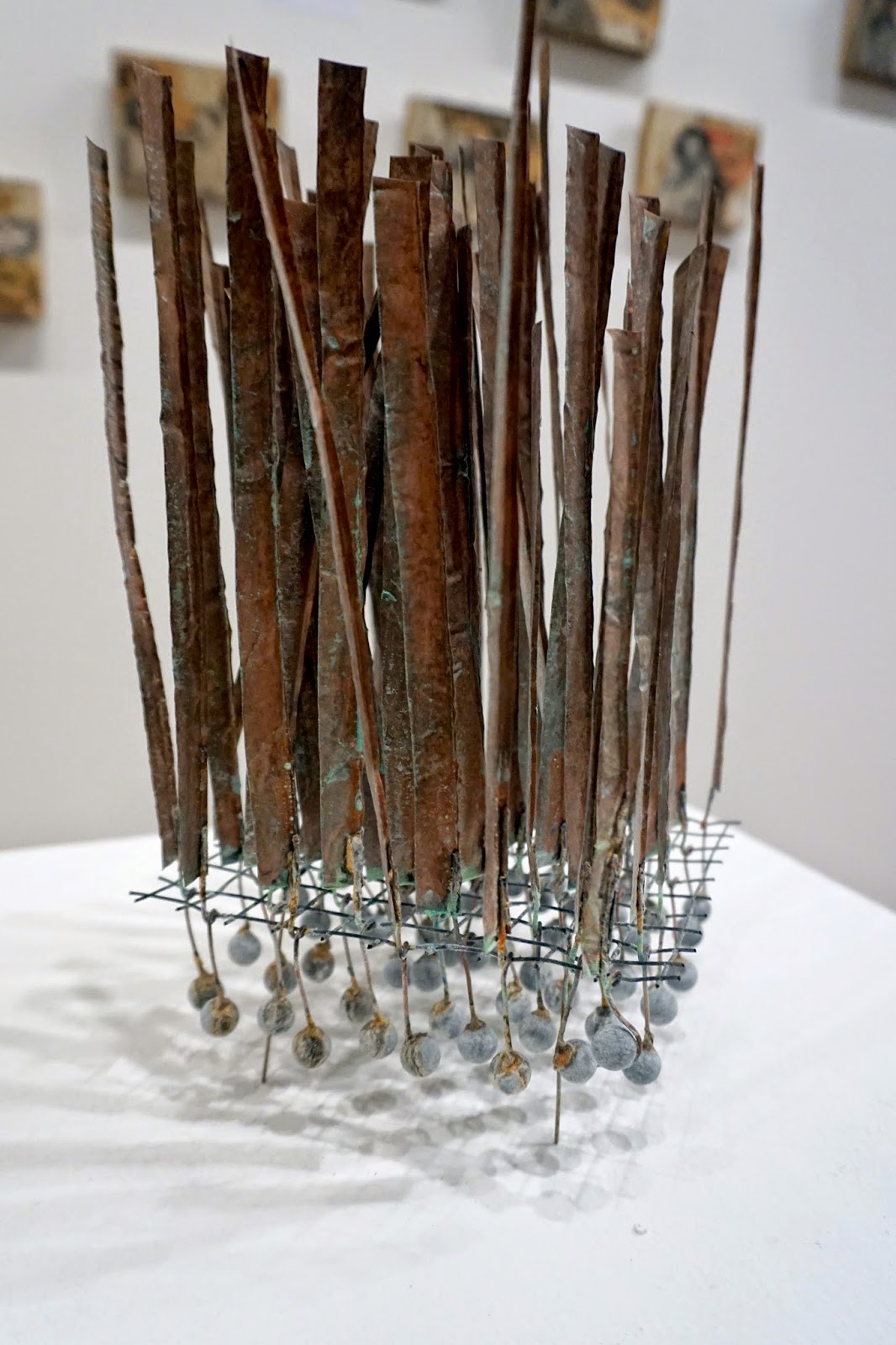 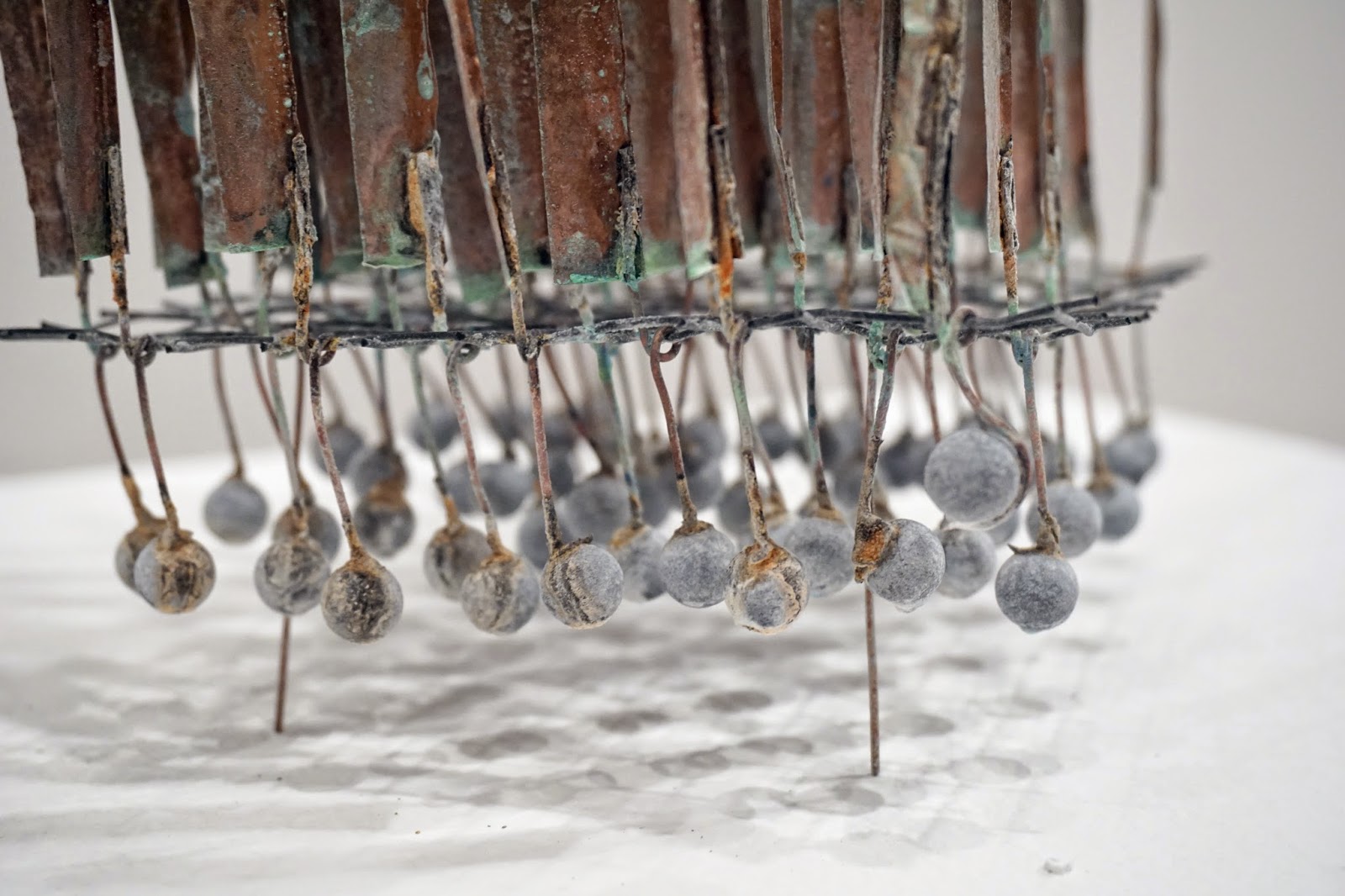 A study in copper, lead, and galvanized wire, with silver-solder assembly. This is a maquette for a scaled up version intended for outdoor/sculpture garden display.

Here are some bits and pieces for a kinetic material study you should come and see... at Nik Botkin's Apartment Earth Studio and Gallery.
A new kinetic work will be displayed among what are doubtless some of the finest of the fine/edgy/moving works in the region, and beyond.
The opening:

An exhibit of work small in stature but large in talent. The only theme to the show is that the pieces can have no dimension larger than 12 inches. The idea is to get as many great artists in one space that I possibly can.

Ironically this exhibit of small art will be the largest invitational exhibit I have put on to date. Right now it is looking like there will be at least 70 artists involved and it is still growing. They range from all over the United states and will feature local artists as well.


I like that this Minutiae show is Nik's largest to date...

SMALL IS THE NEW BIG.


Don't miss it; see you there!