All Aboard! Artisans Express... Spaceshuttle Huntington!! 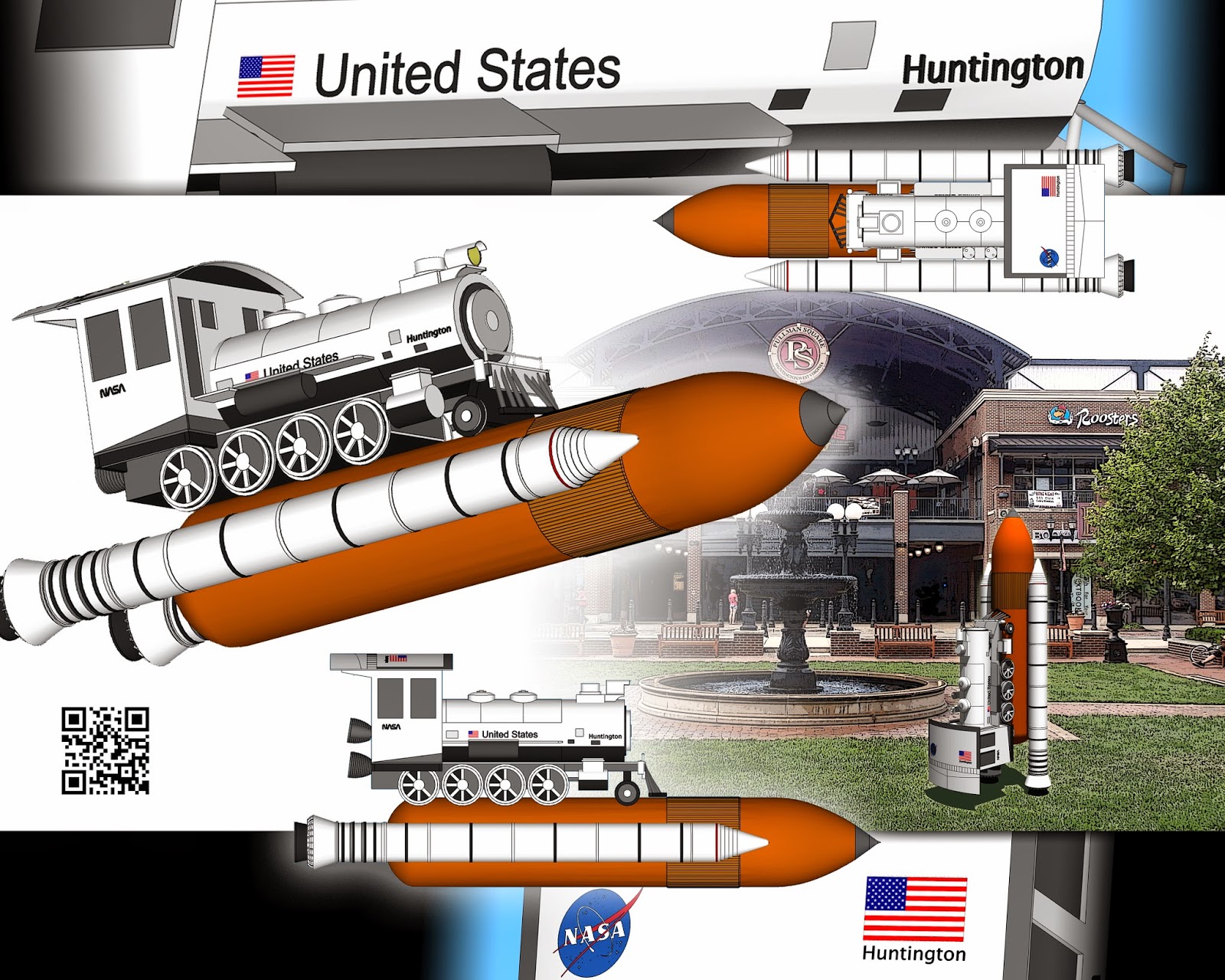 The basic concept, displaying the 6' fiberglass train model vertically, with booster rockets and fuel tanks attached, mirroring the retired space shuttle program which captured the imagination of the country, and accomplished incredible scientific endeavors... Whatever the future holds for our space program, it will be set soundly upon the foundation of the world's most ambitious space program; just as the City of Huntington's bright future will be built upon the sound historical footing of a vibrant industrial past and present!
With appropriate sponsorship, the finished model will include an understated launch stage and launch structure to further support the rocket in it's vertical orientation. With access to electric, black-lights embedded in the stage will illuminate an image of nebulae reminiscent of full color Hubble Space Telescope imagery (an image painted in phosphorescent paint, which will be invisible in the daytime, and visible only at night under the black-lights). Furthermore, the shuttle, tank, and boosters could be embedded throughout with fiberoptic cabling, illuminating a star-field from within, complimenting and creating a backdrop for the Hubble imagery painted on the exterior... and providing plenty of opportunities for concealing the Hoops Family Children's Hospital logo!